This website offers essays on systematic theology, Scripture, Christian doctrine, biblical hermeneutics and contemporary theologians. It also has a number of papers by Professor John Zizioulas, many not available anywhere else, and three pieces by me about John Zizioulas. There are papers on the work of Colin Gunton, Robert Jenson, Oliver O’Donovan and John Webster in the Contempary Theologians section. I apologise for the present grey and pokey look of Resources, and that papers do not appear in the right order, but the site is in better condition now than it has been. The best way to find what you want is via the Categories in the Sidebar (right).

You can find out more about me and about what is good in contemporary theology from my blog – Douglas Knight – which has a range of faster-moving short pieces on Christian theology, Church and Christian life. 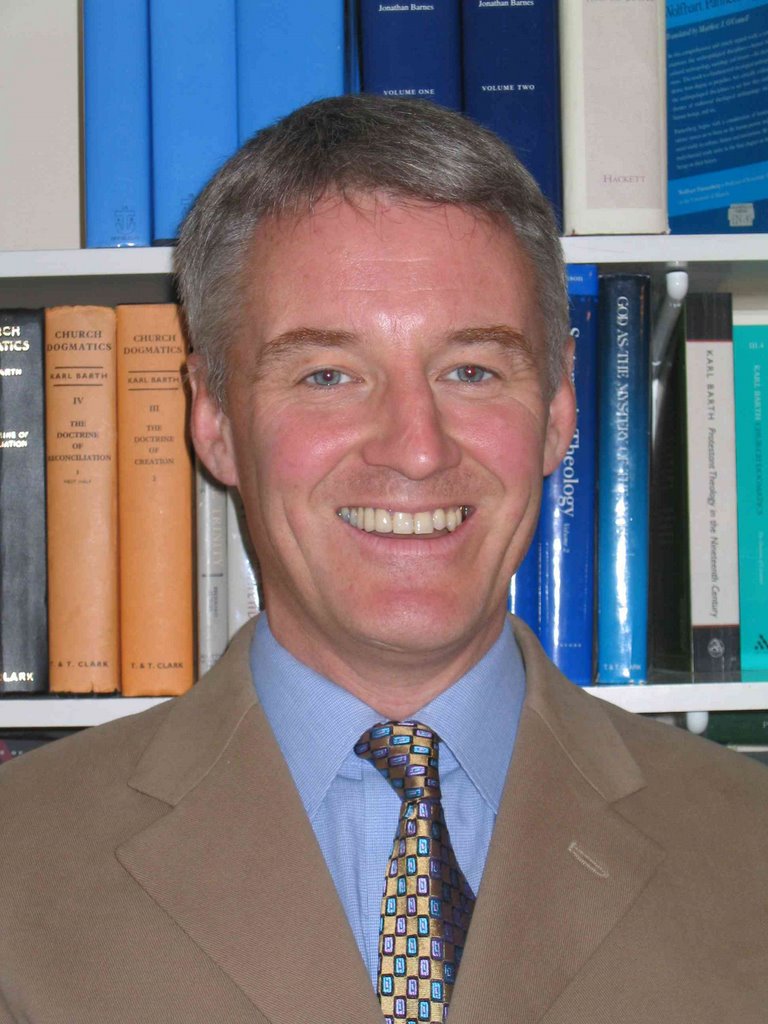 1. Christian thought is political. Christian doctrine is at war with other systems of ideas. There is a real encounter and contest of world-views. Modernity is a religion. It is contested by Christianity, but it is modernity that is an extremely conservative movement. Only Christianity can consistently point to a future. Modernity and Christianity are both forms of enlightenment, but modernity is the thin counterfeit version, Christianity the real one.

2. Christian thought is not just about ideas, but about life, practice and action. It is not only about action, but it is about the establishment of plurality and community, and so about the Christian community.

3. I give you a new account of human relations. I show that we owe one another all the being we have, and that God supplies to us the being that we are to supply one with. I call that a doxological ontology, or a theory of persons-in-constitutive-relation. Our failure to provide one another with being means that we deny others the goods and recognition that God considers due to them, so they suffer a decline in public standing, visibility and credit, and this deficiency is what the bible terms ‘sin’. We make other people sinful, deficient, and God will holds their deficiencies against us.

4. I give you a new doctrine of sin. I put the ideas of sin and fall into a properly Christian framework, which determines that God will not be interrupted by our sin. He brushes it aside. Sin is very much less serious than we imagine, and not worth talking about except in the context of confession and forgiveness. (I also say that our sin is more serious than we realise, but that is only for the very curious).

6. I give you a new understanding of the death of Christ and of death generally. I talk about the cross and atonement without making it either a metaphorical description of the human predicament or some kind of mechanism.

7. I give you a Christian teaching that listens to the Scriptures at all points. But the revolution here is that I insist that ‘Scriptures’ means bible plus biblical scholarship. And more revolutionary still I insist that contemporary biblical scholarship must be in conversation with, and under discipline of, the whole tradition of Christian reception of the Scriptures. Christian doctrine is nothing but summary statement of centuries of Christian hearing and obeying the Scriptures. Biblical studies dislikes this message and filters out what it doesn’t want to hear.

8. I offer an account that unites theology and economics. Our talk about sin, guilt and morality has been separated from our talk about what we lack materially and financially. This split of religious thought from economic thought has had extraordinary consequences, the chief of which is that we cannot see how our own public and economic behaviour can have a devastating impact on people beyond our field of view. This split allows us to be insulated from the consequences of our (economic) actions. This means that religion has been turned into just a form of talk that has no impact on the world, an inoffensive metaphorical talk about our own inner spiritual or emotional states. We have divided the theological confession of sin. We have invented two parallel worlds, one in which the language of guilt describes some private state of our own, the other in which the language of credit and debt describes the external world of finance and career – but is not thought to impact on our own inner being. This website puts these two worlds of thought together again. It is unique in doing this. You will not find this done anywhere else.

All right, I am joking. Nothing here is new. Everything one of these ‘innovations’ is old. They have just been forgotten. They are unknown to most modern Church leaders and you almost never encounter them in modern theology. The result has been a disaster. Modern theology doesn’t believe that the Christian tradition has the resources to answer the questions, because it is gullible enough to believe that these issues really are new, and it has got into the habit of sourcing its ideas from outside the Christian tradition. It imports solutions that don’t work well, because they take the problems too seriously. Only the Christian tradition can set the problem in a properly theological context that will give them a new definition and solution. But everything here comes from the huge resources of the Church, often the early Church, known as the Patristic period. And it all comes out of the Scriptures. So this is a retrieval programme – and it is just this that makes it revolutionary. As somebody once said, a good teacher brings out of the cupboard things that are old and new.

END_OF_DOCUMENT_TOKEN_TO_BE_REPLACED

From today we are under the Son direct. We have his whole and undivided attention. All the powers we identified individually with his men in the Old Testament, are available to us. The Spirit is the combined forces of all these witnesses who now together make one single witness, and one invincible force. The Spirit is the Son and his army, united in one person. That army serves and distinguishes the Son, and has raised the Son from us. Now this force has been sent to us. The Spirit, with all this mighty army, has become our servant. The Spirit has raised a people for the king, and a king for a people. The Spirit is God, at work, securing, and serving, his people. We celebrate him today, at Pentecost. END_OF_DOCUMENT_TOKEN_TO_BE_REPLACED

The Christian Faith is the most exhilarating thing in the intellectual marketplace. Christianity is not well known. It is a
secret. The world has no idea what Christianity is. The place of the Church is always to be concerned first about its own obedience to God and to the discipline that keeps it refreshed by that word and thankful for it. It must continue to take the whole faith God gives it, and thus be made able to pass that faith on.
END_OF_DOCUMENT_TOKEN_TO_BE_REPLACED